Who is scrapping what?

Does anyone have any idea?

Rajender Prasad, who was exposed to Cobalt 60 at a scrap dealer shop in Mayapuri in west Delhi and admitted to AIIMS on April 8, died around 9.30 pm on Monday after multiple organ failure.

According to doctors, another radiation victim Ram Kalap is critical and his blood counts have reduced significantly. He has been put on prophylactic antibiotic and anti-fungal agents

It is shocking to read such news and even more shocking to note that we may never know what has been scrapped so far. The exposed person can also contract cancer and I wonder if this one reason why the incidence of cancer is increasing over the years.

While US has Nuclear Regulatory Commission (NRC) and Environmental Protection Agency(EPA) which regulates the use of Cobalt-60 and other such hazardous elements, I searched for similar such agencies in India and couldn’t find any.

Or is one happy regulating only nuclear plants?

What can I do to protect myself and my family from cobalt-60?


You are unlikely to encounter cobalt-60 unless you undergo certain medical treatments. Thorough discussions with your doctor about the amount of exposure and potential alternatives allow you to make informed decisions about the relative risks.


Although it is very unlikely, you may accidentally encounter a sealed radiation source containing cobalt-60 that has escaped proper control ("orphaned sources").

Is the “very unlikely” situation common in India?

Getting around Kuwait as you see is easy since there is not much to go about! Yet the traffic woes are a galore! A trip which in normal traffic takes barely 15 minutes can go to more than an hour during the peak hours. Compared to say Emirates, most roads in Kuwait are beautiful, wider and smoother. Driving on it can be a pleasure for anyone who loves to do so. To make it even more pleasurable, every luxury vehicle has made it’s presence and loans are readily for the Kuwaitees to indulge in their favourite past time. Every Kuwaitee in an house could be driving a vehicle too! Moreover, traffic rules don’t seem to bother majority of the Kuwaitees. Hence, should one blame them if they now want the whole road to themselves :) And as they say, only Kuwait can get away with it too.

KUWAIT: Kuwait is mulling limiting the validity of foreigners' driving licenses to two years and making drivers take a driving test every time they apply for a renewal. Under the new regulations, an expatriate's driving license will be renewed alongside the residence permit, valid for two years. However, the license will be renewed only if the foreigner submits evidence of a high salary and a university degree and successfully passes a new driving test, informed sources told Kuwait Times.

Getting a driving license here in Kuwait is not easy since it is common knowledge that the authorities have been appointed only to fail the expatriates. We have heard of “tough” ones trying this system but failing miserably several times. Hence the easy way for most is it to bribe. So, there is truth if one says that most (?) of the licence that was issued was not through “proper’ ways. It is not as though all the applicants are not good drivers, but the system is such. Now one can imagine why the above news is giving nightmares to the expatriates.

Hopefully this rule will not come to pass but if it does then the only hope for the expatriate would be the following: 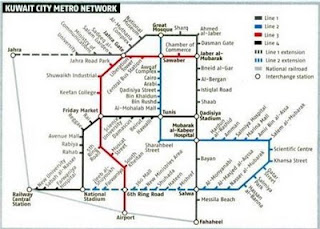 Source: Kuwait Times
Posted by Happy Kitten at 11:06 AM 10 comments:

We are waiting gleefully..

Modi has been fired up like a rocket and soon we shall see the sparks.


Lalit Modi has promised to disclose the ownership details of all teams in the Indian Premier League (IPL), as a nasty and escalating row opens with a bang between him and minister of state for external affairs Shashi Tharoor over the Kochi franchise puts the spotlight on confidential contracts and snowballs into a major political controversy. Such a disclosure has the potential to open a can of worms as it has been widely speculated that several political bigwigs and cricket board functionaries are silent investors in IPL franchises.

Of course we have Tharoor and his latest paramour on the sides for the media circus but if all go well then the nation shall get to know the rich owners of the various IPL teams.

We shall finally feast our eyes on not just our rich Ambani / the liquor baron /the bollywood stars, but the khadi wearing, people loving, people serving lot.

Although I may never watch an IPL game, let me offer my thanks to IPL Cochin team.

Yes we shall wait gleefully and would love to know why Sonia is distancing from Tharoor and why the BJP is demanding his resignation.

Source: Economic Times
Posted by Happy Kitten at 8:46 AM 11 comments:

PG comes to the resue...

With the Maoists on their prowl and when it seems that even the "only saviour of the poor and downtrodden" Arundhati Roy is not able to offer a solution :) , it is time for a break...

When our PM has yet again gone to praise Obama and hopes to get nothing in return, it is time to take a break....

It is when I remembered that I had a good collection of PG Wodehouse to be enjoyed. Just finished "A Damsel in Distress" and I am now enjoying "Love among Chickens".