Aravind Adiga rides atop his Tiger

Aravind Adiga’s tiger brought mixed reaction from the Indian populace. Some say this is the true India while some are shocked and feel insulted.

How dare an Indian demean the 'ready to shine in a few years' India thus? Won’t the rest of the world (whom Indians look up to!) have more reasons to continue looking down?

I have not read the book as yet and I don’t look forward to reading it either. With the media beaming out similar stories daily and the rest left to our wildest (yet true?) imaginations, who needs a book to shed light?

Maybe mine is a pessimistic outlook and I should be joining the rest and give Aravind a good bashing on my blog at least! But I shall not.. the tone maybe crude as they say but we Indians need waking up.

Looking at the way most crimes get away and the nexus between criminals (including the police) and the politicians, should we expect anything better just because we haven’t experienced it ourselves?

Look at God’s Own Country when it discovered that the terrorists killed in Kashmir were Malayalees. We are now told (by the media) that they existed since 15 years! Every other day, we hear of mass swindling and the political connections. We wait hopelessly to see at least one behind the bars but the media soon replaces one swindler with another and the show continues. We heard of Human God’s and the amount of wealth they accumulated (source maybe foreign or domestic) but they still continue to reign as Gods. There is one Sister Abhaya still haunting the court premises.

Well… being Diwali I shouldn’t be a spoil sport but my pessimistic mind fell into the trap and here are some articles which can further shed light.

Indian judges must clean up their courts

Justice R. Basant of the Kerala High Court, in his speech to the concluding session of the annual conference of the Kerala Criminal Judicial Staff Association, said, “The judiciary is the last ray of hope for Indians. The failure of the judiciary will have devastating results.”

This observation by Justice Basant carries considerable weight, as he knows, inside and out, the legal and illegal procedures commonly adopted by the courts.

For example, in order to file an application for bail in a criminal case, a person needs to pay a stamp duty of 2 rupees (US 4 cents). But by the time the application reaches the magistrate for a hearing, a client will usually have paid 700 to 1,000 rupees (US$14-$21) in bribes. Most of it is demanded and paid within the registry of the court where the application is filed.

The corrective measures being taken for speedy disposal of court cases are:
Posted by Happy Kitten at 10:35 AM 6 comments: 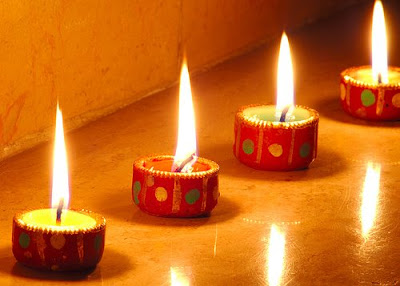 May the light of goodness spread cheer and hopefullness.
Posted by Happy Kitten at 3:39 PM 4 comments:

Email ThisBlogThis!Share to TwitterShare to FacebookShare to Pinterest
Labels: Diwali

Elections round the corner..

Election is round the corner for the two of the largest democracy in the world....

The words of Condoleezza Rice after the great deal (as they say) was signed may have thrilled a few Indians.

"The world's largest democracy and the world's oldest democracy joined together by our shared values and increasingly by many shared interests now stand as equals closer together than ever before,"

But then in what ways are we equal?

Do the Indian citizens have any idea who they will be voting to power in India?

Looking at the main parties and their leaders, can anyone say if they will ever be put up as candidates?

As for me, being an NRI, I have no voting powers, hence I am not forced to select any party or its leaders. And looking at the current scenario, it will be a tough choice too.

So, I think it is better if the impending divorce is settled.

Let the Congress (who will get a chance to gain its lost credibility) be backed by the communists who will keep on shouting ‘foul’. I think this balance would be fine. An unbridled Congress is a danger to the country and it needs the Communists (whatever their motives be) to shout ‘foul’ so that at least the citizens are kept abreast of the happenings.

They say that the Harward/Oxford educated intellectuals would have taken our country to a worse spot if they had not been bridled. For now, at least the Indian economy can rise up from a better position, thanks to the measures that were put in place. We never gave into mass privatisation and our banks are still accountable.

It could be BJP too, if only their motives were true. Their actions show only ‘RED’. I respected Vajpayee and would have loved to see him in power if his health would have permitted him. And as for ‘Hinduvata’, I have tried understanding this concept, but the action does not replicate what is being advocated. I see the same intolerance that is seen in the Muslim/Christian fanatics.
Posted by Happy Kitten at 11:18 AM 10 comments: 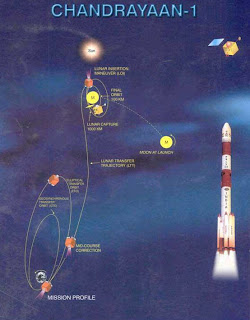 Kudos to all those who worked tirelessly.

It was indeed happy moments to see the smiling faces of our scientists and to share their joy and relief. If everything goes as per plan we shall see the tri-flag also fluttering on the moon.
Posted by Happy Kitten at 8:21 AM 3 comments:

Will the smokers face extinction?

Health Minister Anbumani Ramadoss has come out with yet another wonder, the ban on smoking in public.

As soon as the law came into effect, we saw the media well prepared to handle this fun with lines like,

Smoking ban goes up in smoke…..

The smokers puffing the law away .. etc etc.

I heard much explicit comments myself since I live with a smoker and knew in my heart that there is no way these smokers are going to be deterred.

Hubby never smokes inside the house or car and he always tries his best not to smoke in confined spaces too. And if his parents/brother or in-laws are around then it is very hard to find him or the place he chooses to smoke away. (The troubles these poor smokers have!) So in his case, the choice of a private place is very limited. It is not as though all smokers love their habit especially since they are now being treated as social outcasts in most workplaces too.

So like my children, I have just this question to ask. Instead of banning smoking when will the government ban the cigarette companies?

So I guess it is best to leave the veteran smokers alone. And since the government will not ban the cigarette companies, can they at least have stricter laws to deter the young smokers?

Can they have more awareness programmes to educate the younger generation (before they reach their teens) on the dangers in smoking?
Posted by Happy Kitten at 11:37 AM 10 comments:

Id Mubarak to one and all...

May there be peace all around the world..
Posted by Happy Kitten at 3:42 PM No comments: