Oil price went up.. the world complained and rallied against the high price...

Now the oil price is going down and the world complains even more for the falling prices..


And we still expect God to listen to our prayers.
Posted by Happy Kitten at 12:58 PM 6 comments:

Email ThisBlogThis!Share to TwitterShare to FacebookShare to Pinterest
Labels: Oil

Elite (also spelled Élite) is taken originally from the Latin, eligere, "to elect". In sociology as in general usage, the élite is a relatively small dominant group within a large society, which enjoys a privileged status envied by individuals of lower social status.

The position of an elite at the top of the social strata almost invariably puts it in a position of leadership and often subjects the holders of elite status to pressure to maintain their position as part of the elite. However, in spite of the pressures, the existence of the elite social stratum is usually unchanged.

I have been reading much after the Mumbai tragedy; and have sensed the helplessness felt by a common Indian like me (the common Indian is not elite I presume). I have always felt that unless the sensibility of the rich and the powerful in our country is awakened, nothing positive can happen. In a sense it was woken by the Mumbai tragedy since they were more shaken than the rest. Nothing they relied upon was able to save them from the onslaught. One can continue blaming Pakistan, Islamic militant etc. but deep down we all know (but continue to deny) that the problem is not just that, but much more. It is also time that for those who can make a change, realized that protecting themselves is not going to solve the problem if they want an India free from hatred and fear.


I am not going to waste my time in writing eulogy on the elite, who are present across the country; and in every religion, but somehow the article in rediff.com, "Death of a salesman and other elite ironies" by Tarun J Tejpal, editor-in-chief, Tehelka magazine, who calls himself an elite appealed much to me. I have copied some excerpts.


For me there is a deep irony in his death. He was killed by what he set very little store by. In his every meeting with us, he was bemused and baffled by Tehelka's obsessive engagement with politics. He was quite sure no one of his class -- our class -- was interested in the subject. Politics happened elsewhere, a regrettable business carried out by unsavoury characters

It is time each one of us understood that at the heart of every society is its politics. If the politics is third-rate, the condition of the society will be no better. For too many decades now, the elite of India has washed its hands off the country's politics. Entire generations have grown up viewing it as a distasteful activity. In an astonishing perversion, the finest imaginative act of the last thousand years on the subcontinent, the creation and flowering of the idea of modern India through mass politics, has for the last 40 years been rendered infra dig, dclasse, uncool. Let us blame our parents, and let our children blame us, for not bequeathing onwards the sheer beauty of a collective vision, collective will, and collective action. In a word, politics: which, at its best, created the wonder of a liberal and democratic idea, and at its worst threatens to tear it down.

And let no one tell us we need more laws. We need men to implement those that we have. Today, all our institutions and processes are failing us. We have compromised each of them on their values, their robustness, their vision and their sense of fair play. Now, at every crucial juncture we depend on random acts of individual excellence and courage to save the day. Great systems, triumphant societies, are veined with ladders of inspiration. Electrified by those above them, men strive to do their very best. Look around. How many constables, head constables, sub-inspectors would risk their lives for the dishonest, weak men they serve, who in turn serve even more compromised masters?


"Speaker Somnath Chatterjee told parliament on Tuesday that the parliamentary secretary-general was having sleepless nights over having to store 10 million rupees ($213,000) for the past five months.

The origin of the money has not been identified."


Now that the government has decided not to trace the origin of this money for obvious reasons, I wish it would be distributed to the poor.
Posted by Happy Kitten at 11:54 AM 1 comment:

Email ThisBlogThis!Share to TwitterShare to FacebookShare to Pinterest
Labels: Poll-Tricks

We had 10 days of ID holidays and coming back to work was like the first day of school after vacation. I am sure the kids enjoyed our reluctance to get ready for work. Finally their feelings are being acknowleged!

Went to the Scientific Center with another family on the first day of ID. 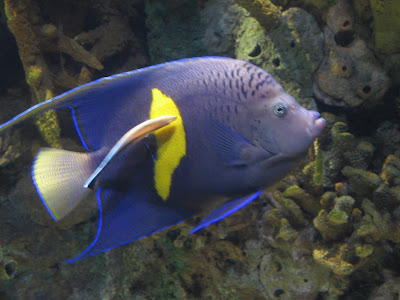 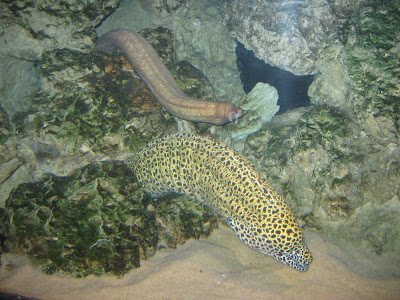 Looks like nothing excites the present generation. The children felt it was much better watching Animal Planet, although some of the inmates did invite their curiosity. We planned BBq's and picnics but it all had to be shelved since son got sick. Must be the recent change in weather. But then being at home was relaxing too. Watched movies and did some cooking. Could put up the Xmas tree too. 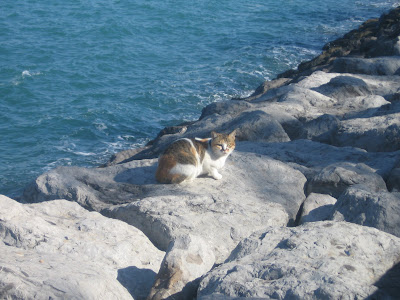 A lone cat soaking in the sun at the entrance of the center. It looked quiet tame; maybe its owner is jogging somewhere nearby.
Posted by Happy Kitten at 3:47 PM 4 comments:

Sadly we are back into business in the shortest time.

I thought the issue with the “dog’ would die within the mallu world, but no, even the national mainstream newspapers seem to have forgotten the horrible days the country just left behind. I am not providing any links to the news papers since none has been fair. Keralites are not new to their CM and their own colloquial language. In my opinion the ‘dog’ word is the mildest word that the mallu uses in his day-to-day dealings. But like me there are many who respect the CM even for his quirks. Everyone accepts the Father’s feelings too and if the media is to be believed, he had no issues with the CM during the telephone talks. The same media and citizens who shouted foul when Major Unnikrishnan was identified as a Malayalee, in the same tone whined when there was no ministerial representation, except for the political secretary from the Kerala ministry.

We tolerated the electronic media during those dark moments with utmost patience although it was not easy at times, but I believe it is time the media stopped short and did a self study. We lost brave men and there is nothing the country can give their family in return except gratitude. Nothing will suffice since only those who have lost their loved ones can understand the feelings. But for the sake of their utmost sacrifice for the country, this not the time to lose focus on the main issue. This is not the time to aid the parties to take political mileage and knowing well our politicians, it is up to the citizens and the media to get them into running the nation. Sadly we need them all at this moment to govern the country and not to fill the roads with “protestors” for insignificant issues.

For once, India is not alone in her pursuit of terrorism. Pakistan, though reluctantly is ready to cooperate. War is not the answer for any issue and we have all learnt our lessons. We do not want history to give us a repeat. Even in the battle of Kurukshetra in Mahabharata, diplomacy was given a chance until the end even when there were mighty warriors ready to give up their lives. We need every resources and the help of the citizens to root out the menace the nation is facing. If the media is to be believed there were more terrorists and they might be still in the country aided by our own worthless citizens. These terrorists did not work alone and cannot work alone in the future. There needs to be meaningful discussions in the main stream media on this issue. So far I have seen none.
Posted by Happy Kitten at 10:03 AM 5 comments: