Songs are always a source of comfort and music is a universally accepted media too. I think most of us were influenced during our growing up years by a few of them when it got stuck in our heads. If earlier music had to be played loud to be enjoyed, the present generation hears it privately with the ear phones glued to their ears. What are they hearing? Do they hear songs like "Heal the World" which influenzed a whole generation?

Thought I shall copy the lyrics of two such songs which has so much meaning in the present times of war talks, refugees, distrust etc. etc.

This is my wish
Kevin Ross

Just thought I shall save the photos of our feline friends that I took on my mobile. They came into our lives and eventually left/died but gave us great happiness during their short stay. 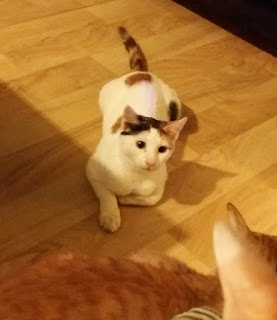 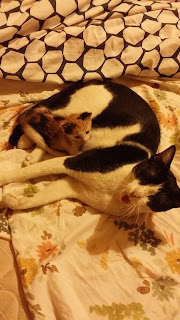 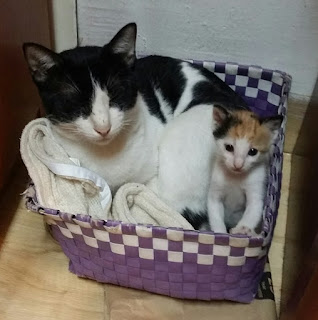 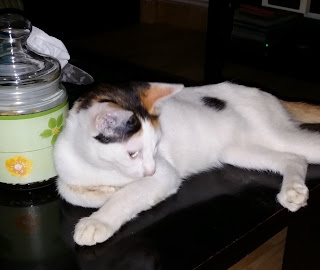 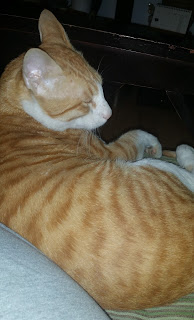 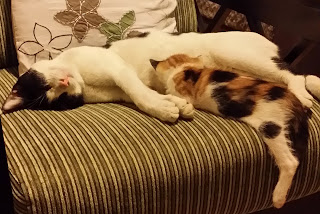 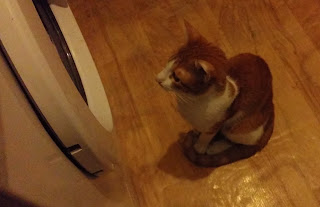 Letters from a Self-Made Merchant to His Son 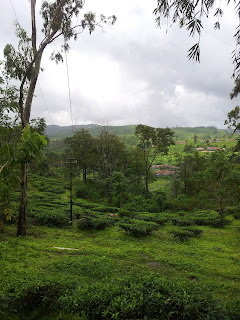 The path isn’t the shortest way to the top, but it’s usually the safest way.
Life isn’t a spurt, but a long, steady climb. You can’t run far up-hill without stopping to sit down. Some men do a day’s work and then spend six lolling around admiring it.
You can always bet that when a fellow’s pride makes him touchy, it’s because there are some mighty raw spots on it.


It’s been my experience that pride is usually a spur to the strong and a drag on the
weak. It drives the strong man along and holds the weak one back. It makes the fellow with the stiff upper lip and the square jaw smile at a laugh and laugh at a sneer; it keeps his conscience straight and his back humped over his work; it makes him appreciate the little things and fight for the big ones. But it makes the fellow with the retreating forehead do the thing that looks right, instead of the thing that is right; it makes him fear a laugh and shrivel up at a sneer; it makes him live to-day on to-morrow’s salary; it makes him a cheap imitation of some Willie who has a little more money than he has, without giving him zip enough to go out and force luck for himself.


There are two things you never want to pay any attention to—abuse and flattery. The first can’t harm you and the second can’t help you. Some men are like yellow dogs—when you’re coming toward them they’ll jump up and try to lick your hands; and when you’re walking away from them they’ll sneak up behind and snap at your heels.


Recently a tweet from Sushma Swaraj made me look up Togo, one of Africa’s smallest country.

The crew, who are employees of a Merchant Navy firm, had set sail for South Africa on October, 2013 from Mumbai. While returning in the month of July, 2014, theirship got stranded in Nigeria and the entire crew was arrested for violating laws of international waters


But if you thought Togo did not have any Indians then you are mistaken. In fact, "The republic of Togo in western Africa has bestowed its highest civilian award to an Indian national, Chander Verma, the country’s former honorary consul in India"

Anyway, this is not about Togo but about the fact that Indians from all walks of society have migrated to all parts of the world since ages. It is heartening to note that wherever they have gone they have ended up as assets and seldom as liabilities. People become a liability when they fail to adjust to a new culture/environment, have criminal tendencies and have nothing much to offer from their side unless they are trained and only if they can be. Generally Indians had one more advantage: education. This became more evident to me after Trump's ascension to the throne (yea..it looks so!)  and that brings me to the country where Indians love to go or pray very hard to go. I think it is America that has brought the best out of Indians?
If you look at statistics, Indian immigrants stand third in number, after Mexico and China in US and they are the most educated. 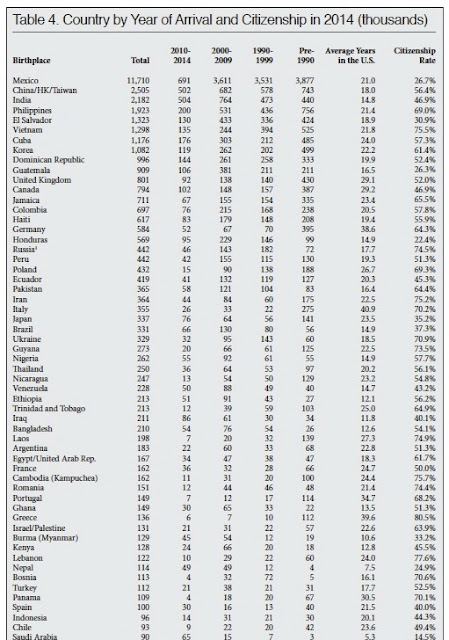 Indians who are having less than high school education is only 6% while those with a Bachelor Degree or higher is 78.7%. 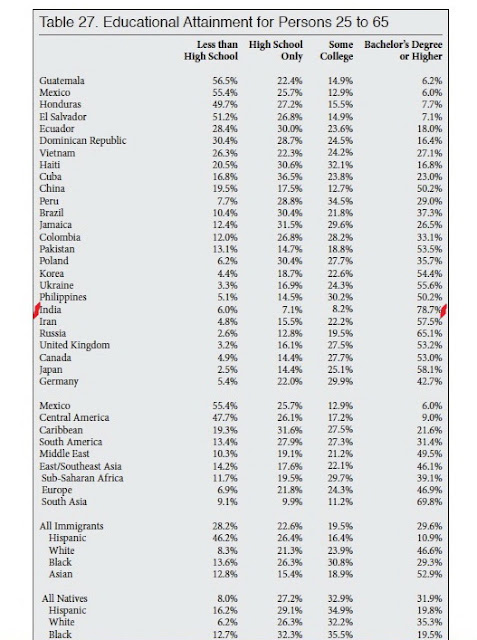 Their English language skills is also next best to the native English speakers. 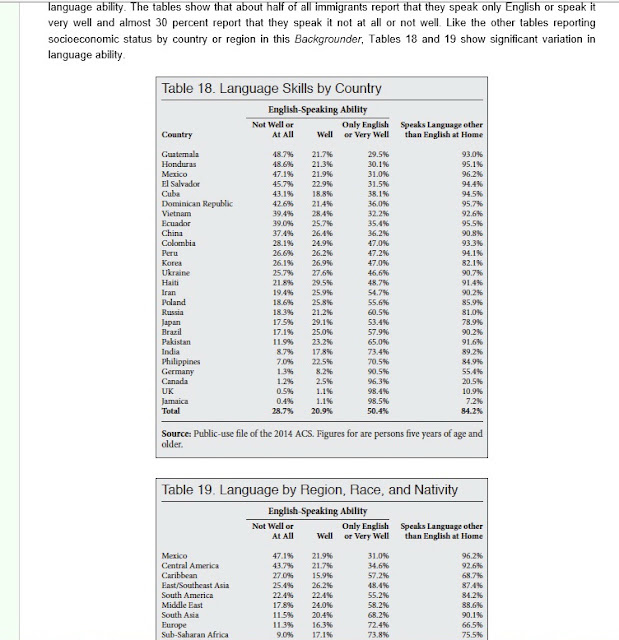 How else are Indians faring in US?

With 14 entrepreneurs on the list, India was the leading country of origin for the immigrant founders of billion dollar companies (Unicorn)

And guess which University is as good as those in US?


Unicorn Nursery: Outside the U.S., India’s IIT Produces the Most Billion-Dollar Startup Founders”


Hence it is clear that Indians have the right education and skills but yet needs America to help them win. So what could be some of the reasons?


“The quality of life in the US is much better than in India. The biggest benefit of this move has been financial"


“I always wanted to travel alone, but back in India, I could not do it because I did not feel safe. But here in the US, I go on a solo trip almost every other month,”


“I could move back to India in a heartbeat if I get to do the same kind of work that I am doing here,” Kumar of Cognizant said.

Now that Trump may tighten/reduce H-1B visas, will India retain some of them? Will India produce Unicorns in India itself?

Not sure if either Bush or Gates ever said the following but it was being passed around happily via social media and I finally tracked it down.. :) 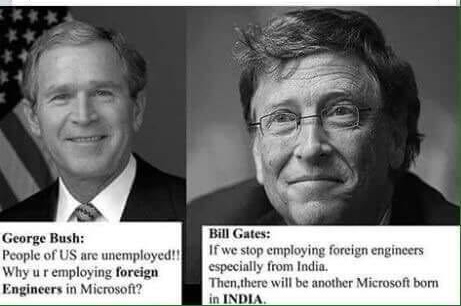