Today is a day of remembrance and a day for celebration.It is a day to remember Achayan (my FIL) who left us this day two years back. Achaya..you will always live in our memories. 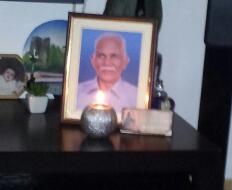 It is also a day to remember 2 decades of our married life. Yes..it has been so long!
Over the years, we fought like cats.. 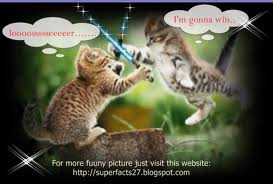 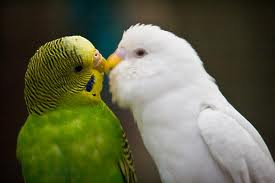 Watching us, the world may call us the least compatible couple.. but we learned much from each other and changed for each other.

But the greatest achievement of our union is our two children whom we love and adore.

During this short life full of ups and downs I have realized how fickle relationships can be.

Our children too shall leave this home we created lovingly very soon, to face the world and to know people better or worse than us. Let me pray that they shall forgive and forget whatever we have omitted to teach them and whatever we taught them unintentionally. Let me pray that they shall always remember that we did our best and will reach out to us during their times of difficulties and triumphs.

Let me also thank God for not giving me everything that I have prayed for, but for giving me so many things that I have never prayed for but is very precious.
Posted by Happy Kitten at 8:25 AM 24 comments:

Had meant to keep away from the subject rape since I think I wrote too many posts on the same but yesterday's revelation by an "eminent" judge gave me a sleepless night and I had to vent my fury on this poor blog!

The Suryanelli case must have got the attention of the entire nation since PJ Kurien, Deputy Chairman of Rajya Sabha is also one among the accused. He never faced trial owing to many reasons while the victim continued to stand by her accusation. Initially all accused were punished by the lower court but later when they appealed, the High Court punished only one person to 5 years and let the others free. The reason being the the rape happened due to the consent of the victim! The two esteemed judges ends the 2005 judgement thus:


201. In the fiercely consumerist society that we live in, a young girl child is also exposed to so many temptations that it is difficult for the child which has not been groomed in proper atmosphere with a proper value system inculcated in it, to resist such temptations. Such children can be termed deviants but cannot be merely condemned and left to their fate . They too deserve the sympathy of the system as it is no crime of theirs that they are born and forced to grow up in such atmosphere. It is the duty of the secular state to give the requisite education to instil a proper value system in such future citizens. That must be reckoned as the incident of the constitutional obligation of the State to give free primary education. That obligation cannot be relegated by the State to religious or optional institutions. They too deserve the protection of the law against unintelligent, imprudent and immoral consent being extracted from them at that early age. No one should be permitted by law to rely on such alleged consent given by a minor aged less than 18 years, the fond child of law and equity. I may sum up by stating that raising the age of consent for sexual intercourse to 18 consistent with the stipulations in the saner subsequent enactments appears to be the unavoidable imperative before the system. At least the Kerala Legislature must take bold efforts to bring in suitable local amendments to S.375 of the Indian Penal Code and give leadership to others.

I doubt if these two gentlemen have ever raised children. We parents do not raise angels; they show many faults and if any childhood offence automatically reduces them to future criminals or prostitutes then strange are the laws that guide this society!


56. When we read the evidence of PW3, we have to be cognisant of her psyche - her mental make up. Her past conduct and behaviour have to be borne in mind. She was only a student of 9th standard. She had squandered Rs.450/- entrusted to her by her father for remitting hostel fees, whether it was given to Arun as stated by the appellants or to the first accused as stated by the Prosecutor.

A 9th standard girl's infatuation forced her to give money to her lover; how does this make her deviant? Instead it is very clear that a criminal tendency was shown by the much elder lover who took advantage of the girl's naivety. I know of much older girls with higher education who have fallen for such lovers.

The case also talks about a letter that was supposed to have been written by the victim stating that she is leaving the house on her accord but this was never produced in court, yet the judges makes a bid deal out of it.


9. It is submitted by the appellants that no conspiracy is proved in this case. There is no cogent evidence in that regard. On the other hand the letter said to be written by PW3 to DW3 in the second case which has been suppressed by the prosecution will cut at the root of the allegation of conspiracy, it is contended.

Throughout the judgement care has been made to make it look as the girl willingly consented to all the accused.


11. It is further contended that even if PW3 is found to be believable otherwise, a conjoint reading of her evidence in toto will show that she was not an unwilling partner for intercourse. So far as the accused are concerned, there was no resistance from her part, so that those who approached her could discern that she was not willing for intercourse or there was absence of consent from the part of PW3. Absence of consent on the part of PW3 has not been satisfactorily proved in this case to bring home the guilt of the accused under Section 376(1) or 376(2)(g). It is further contended that the unwillingness now spoken to by PW3 before the court below is really an excuse found out by her to save her face in the family and among the relatives for her long absence of 40 days from her house.


When the judges themselves agree that absence of consent has not been satisfactorily proved how did they arrive at such a judgement? Yesterday the judge repeated the visit of the girl to two hospitals and wonders why she never raised an alarm. Were the doctors too a part of this conspiracy? Or was she threatened to behave?

But after reading the entire judgement I now believe that an attempt was made to tarnish the image of the girl and her family and thus make the case weak. This has happened in every rape case and our nation is very familiar with the same. This case has been no different. The judges made no attempt to see through the usual patriarchal turf. They refused to see a girl in captivity raped endlessly by many but they saw a child prostitute willingly submitting to each visitor and taking either pleasure or money in return! I heard one lawyer heaping praises on Basant; but after reading the judgement I find no reason to support her. She should remember that if this incident was to happen to her or me, we would face the same fate. Our imaginary life and character will be written in courts and we will end up as the criminal while the accused walks free as victims of circumstances!

I suspect that this judgement was done in such manner that a re-investigation of the same would be very difficult. But they never expected the Supreme Court to be affected by the recent Delhi rape case. Her death has not been in vain. As someone commented yesterday, the revelation of the judge is also good at this juncture since it revealed the deep prejudices or outside influence that can affect the outcome of a case.

This judgement would also make any future allegation against P J Kurien difficult. But in the case of PJK, times have changed since two alibis( 1, 2) are now talking differently. The most curious fact is that none of them were produced in court or were any written/signed statement produced. I am not sure under what basis PJK escaped law but after reading this judgement any doubt of his innocence have evaporated from my mind.

I only wish the media will pursue this case with the same vigor that they show now. As for Indiavision TV, the judge accuses them of wrong doing. But the lady reporter did reveal her identity and the judge did see a cameraman accompany her. The eminent Judge must know that journalists are always out for a cause. Basant also repeated the "child prostitute" theory during a seminar. Tehelka might have started sting operations but what Indiavision TV did could not be called such. Anyway, it has been the media which brought out the statement of the two alibis. They need to be applauded.

But whatever, my only wish is that this girl and her family will be given justice at least after 17 years!

For further reading on gender bias and child prostitution:
http://www.sunday-guardian.com/analysis/ghosts-of-the-past-hover-over-gender-justice
http://www.hrw.org/reports/2013/02/07/breaking-silence-0
Posted by Happy Kitten at 11:29 AM 15 comments: