One may wonder what these two individuals have in common! Those from Malluland may have inkling though….

Ever since I watched an interview on TV on Abdulla Kutty and after reading about Sister Jesmi, I realized that they do have something in common. Both of them showed the courage to speak out. And many including the institutions /media dodge both of them. They just don’t know what to say!

As for Abdulla Kutty, he spoke from a political party that is supposed to be the strictest and spares none, while Sister Jesmi did the unthinkable.

After listening to A. P. Abdulla Kutty, I continue to wish we had more of his kind in the Kerala politics. You can read more about him here. He gave full marks to Narendra Modi and faced suspension from the Communist party. All he wanted to do was to invite discussion on development and like everyone else even he ended up seeing Modi’s Gujarat!

Dr. Sister Jesmi, soon after she retired as the Principal from a reputed college in Trichur, decided to publish her autobiography named “Amen”. Maybe it is the sexual exploits that caught the attention, but she has also written about the corruption and the politicisation of religion prevalent in the Church (While she writes about the Catholic Church, I would like to say that every Church now faces the issue of politicization) She was not springing a surprise. She had spoken out earlier and was “punished” for doing so. I listened as she said with all sincerity “ I have just opened a window, only one window, and through that window if they see dust or dirt inside the convent, at least in a corner, and if one sister cleans the corner of the convent, then my book has been rewarded.” She has written the book partly for herself. She needed the healing first. As for the question as to why she did not denounce the Church earlier, I guess for some woman, courage comes only with age. The society is such that it is not easy to come out of its shackles when one is younger.

It is now up to the Church to label her as a “heretic” or admit that this lady is to be listened to. But the majority in Kerala, have taken her seriously.
Posted by Happy Kitten at 1:51 PM 10 comments:

8 awards! That is no small feat is it? It sure is not an Indian movie but everything in it is Indian, so naturally the award goes to India. 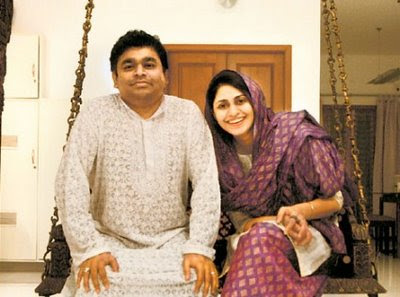 "The essence of the film is about optimism and hope. The power of hope in our lives. All my life I had the choice between hate and love. I choose love and here I am," said the musician....

A R Rahman is not new to awards and he was humble as ever while he accepted his Oscars. God bless him.


But being a mallu, I just cannot but be euphoric about Resul Pookutty who is now recognized with an OSCAR! He was unknown to me and to the majority in Kerala, including the Malayalam film industry, until the Oscar fever. It was great to hear him say the following on stage: 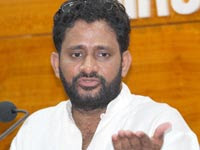 I dedicate this award to my country. This is not just a sound award but a piece of history that has been handed over to me," a beaming and emotional Pookutty said while dedicating the trophy to a billion Indians.

"I come from a country and civilisation that gave the world the word that precedes silence and is followed by more silence. That word is Om. So I dedicate this award to my country," said Kerala-born sound technician.

Pookutty shared the honours with colleagues Ian Tapp and Richard Pryke.
"This is unbelievable. I share the stage with two magicians, who captured the noise and cacophony of Mumbai to create the soul stirring artful sound of Slumdog Millionaire," he said.

I am sure there are many more unrecognized talents hidden away in our vast country. I guess these awards will be one more reason for them to forge ahead and continue to dream of unlimited possibilities. It was also great to see the shining faces of the children from the slum. And looking at their hopeful, dreamy faces, let me also believe that India is indeed going to shine.
Posted by Happy Kitten at 9:35 AM 7 comments:

Thanks to the internet, I have now started receiving love letters.

The below one is classic and I can see that he is already honing his skills for the future. Wonder how many he will sent once he starts admiring girls.....

Where is Apurva? In whose clutches is she? 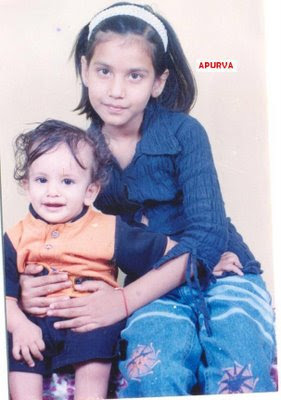 This news in the Times of India dated 24th December 2008 may have been read by many.

I came to know about Apurva only when I received a forward that was sent by my friend. I was able to check the authenticity ( I found the News Paper article only later) of the email since one of the person mentioned in the email was gracious enough to respond. I hope we bloggers can create more awareness by posting the following story on our blog. I pray to the Almighty that Apurva and Aravind are kept safe and will soon be reunited with their grieving parents.

My Army friend met a guy named Mr. Ravi Shankar on the train when he was returning from Chennai on 26th of December, 2008. I was having a regular chat with him regarding the Army and its rules and regulations and how the forces are admired in our country.

He then told me about a shocking tragedy that his family went through and hence I write this mail to you seeking your help.
He told me that he was posted in CAR-NICOBAR in the year 2004 as a sergeant in the INDIAN AIR-FORCE.

On 26th of December that year his family fell victim to the Unfortunate Tsunami that struck out eastern coast. He along with his wife and two children (photo below) were washed in the deadly waters. Reaching out, his wife managed to cling onto a tree but his small son (picture insight on the left) had swallowed too much water and passed away in her arms.

Ravi also in desperation to swim lost grip of his daughter's (APURVA's) hand. She was washed away and was never to be found again, until one day they came to know of her being sighted at a relief camp. On contacting the authorities they came to know that this little girl was abducted from the relief camp and was missing again.
Since then Mr. Ravi Shankar has been traveling to Chennai every year with a hope to see his daughter. He has been publishing MISSING columns in major dailies in Chennai, and he showed me how heavily these newspapers had charged him for those ads.
One of the major newspapers charged him a whopping amount of 12000 rupees for a 4 X 4 cm ad (that too on the fourth page).

Please do not consider this mail a regular chain mail and do care to forward this to your near and dear ones. He requested me to do something to reach out to people who use e-media (internet etc.). I myself have posted her picture on my blog and I request people who own their personal blog pages to post this girl's picture there as it could be of significant help.

In case any news of any nature is found regarding her (APURVA) please drop in a mail at the below mentioned mail id's or the following address.

The picture is that of APURVA's picture taken in year 2004 with her younger brother.

Came across this chilling video as I went blog trotting and passed by Vinod’s blog post. It left me depressed and helpless since I couldn’t help seeing my daughter in her. I can do nothing but I can at least vent my feelings on my blog. I do not know where it has happened but can very well guess. But for sure it continues to happen. I will never understand how murder can be a lesser sin. I will also never understand how a girl/woman who was until then a daughter or a sister or a mother becomes an object to be crushed out, be it for any reason.

But when I look at my daughter who will soon turn 13, I am worried. How will this world be when she is ready to face it? Will she be too strong or too weak to face this world? If she is strong, will her strength make her suffer? I do not know.

But all I know now is that there are many helpless girls out in our world crying for help that is never coming.

I think I was lucky to be born in a place and time that was less complicated. So maybe I can only pray that my daughter’s world will also be thus. But then I also pray that these men who have never “sinned” will soon be born as woman in the same place.
Posted by Happy Kitten at 2:37 PM 10 comments: