The Queen among the Kings


The list of richest politicians in the world is predictable since most of them are either reigning kings in their kingdom or ones who have been in the business field since years.

The only anomaly is Sonia Gandhi who is neither a Queen nor does she own any business establishment (except the business of politics). Yet she holds the 4th rank in the world.

How did she achieve this?

If we look at the GDP of our nation, it stands at 4th and this should have given a fair per capita GDP figure too like other nations. While GDP per capita is not a measurement of the standard of living in an economy; however, it is often used as such an indicator, on the rationale that all citizens would benefit from their country's increased economic production. India is rich in natural resources and Indians are a hard working lot too. This parity could be because of the population too but yet China is ahead in all these including population. Hence one has to assume that this wealth is going somewhere. I wouldn’t have compiled this if the recent appointment of the tainted Raja and Kalamadi had not enraged me much. If she is the Party President, then she must take the responsibility for all the scams and not just accumulate wealth which begs for a source. It is not without reason then that recently even her son-in-law has been dragged into national limelight. Robert Vadra has also been enjoying the VIP category as per the following. 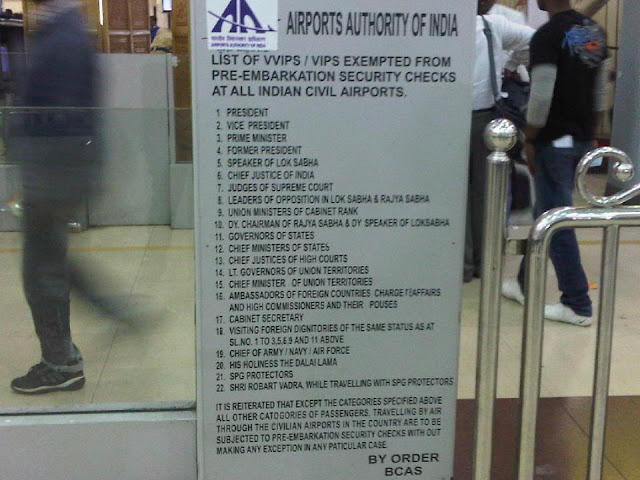 Why are we Indians treated so blatantly? Are we such fools?