Another trip to cherish..

We did a lot of travelling this vacation and saw new places in Kerala. I have not travelled much through North Kerala but this time we could touch upon Mahe, Talacherry etc. The roads are good but not the drivers, specially the bus drivers. They just come barging upon you and force you to leave the road even if there is enough room for them. Hubby being accustomed to the Gulf roads got really irritated. But they have nothing to lose hence one need a lot of patience. 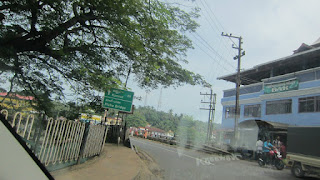 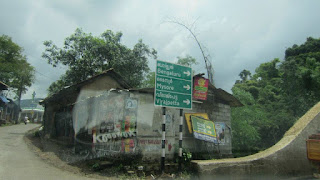 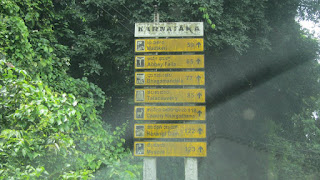 Mahe was good to have a tank full of petrol since the price was much less compared to other places but this was offset by the petrol price in B’lore. I think the highest in India?

The road towards Madikeri for a stretch of 25 km was very bad and we were happy to reach our destination. We were booked at Club Mahindra and I enjoyed the ambience. We did not do much of sightseeing but we drove quite a bit to reach the Coffee board and another nursery. We were lucky to get a few coffee & orange saplings and a few rose plants too. Coffee does grow in our area and we wanted to try the Coorg coffee since Coorg is famous for it . Another notable factor is the Coorg girls. They are very good to look at :) 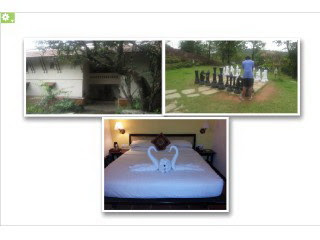 The bit I enjoyed the most at Coorg was waking up in the morning and sipping a hot cup of coffee from the verandah which faced a jungle of sorts. With only trees and bushes and with a climate to soothe you, it was heaven on earth. We did not want to budge out much and the children had their share of activities. 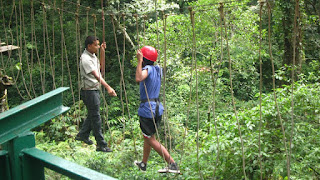 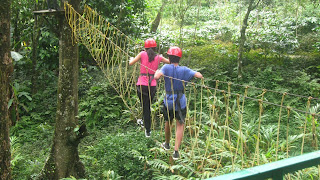 Our next stop was Blore but we also managed to see the largest Tibetan settlement at Bylakuppe in Coorg District, near Kushalnagar. 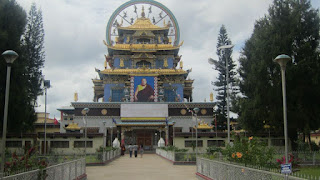 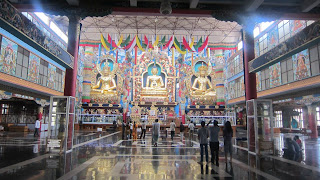 Read more: http://www.itslife.in/travel/namdroling-monastery#ixzz225ZaAo1i
It was bustling with monks who obliged us with a few snaps too.

A Kannadian fare that we enjoyed.. 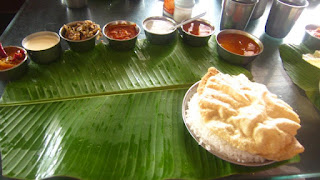 We reached Bangalore around 7 PM, but Bangalore disappointed us terribly. It used to be an elegant city once upon a time and I have some good memories too. But it has lost all its charm and we just wanted to get out of it. The hotel we booked online was also  disappointing and to find this place we hired an auto guy to show the way. It took more than 2 hours through heavy traffic and road blocks. Too many vehicles, construction and nasty drivers have made this city a nightmare for drivers. Bangalore is also facing water woes and as per my cousin the bore well that they dug to 200 feet was later dug to 800 to yield no water. Many are selling water and thus a tank load of water costs 500 IRS. This is being shared by residents. She has to take turns in using this. My aunty stays at a place where there is no water shortage but she fears that the situation might change in the future. Guess it wouldn’t be wrong if one says that B’lore is similar to how Mumbai was a decade or more earlier. Things are expensive too. I found that a curtain that we purchased from Cochin was 100 IRS more in one of the malls.

Guess after the hectic construction work is over B’lore may change. We did not want to venture out much except to visit relations and for this we hired a taxi from the hotel. We did manage to visit the Bannerghatta National Park. A trip that we enjoyed.  The tourists are well protected now. I remember the incident where a girl was snatched away from her father in this same park.
http://www.karnataka.com/bangalore/bannerghata/ 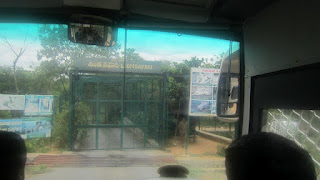 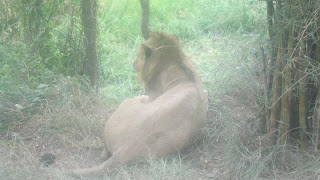 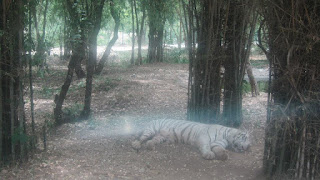 Later we shifted from the silly place that we had hired online and took a one closer to the Mysore road..yea we wanted to get out ASAP.

Our next stop was at Wonderla and it offered the same pleasure as the one in Cochin. Well maintained. We had one more family friend with us who wanted to stop for a day at Mysore but we wanted to reach home and hence left Wonderla at around 3 PM. We wanted to cross the wild life sanctuaries before dark but is was not so. It was solemn faces that viewed the road for elephants, tigers etc. On our previous trip if we had prayed for a sight of wild animals, this time we all prayed fervently to get us out of the park before the animals ventured out.  Though Hubby was forbidden by his mother to drive at night we refrained from telling her and decided not to halt anywhere. The new road from Trichur to Cochin was superb and it took us only 30 minutes. Since there was a traffic block at Nadukani where we lost 1 hour and later another hour at Patambi since we lost our way, we managed to reach home at around 4 AM.  We realized that we were going in circles when we passed the same broken down truck twice! There were no proper sign boards unlike the road to Calicut.

We also found time to spend at Thekkady when temperature started rising in the plains. Thekkady has changed much since 3 years. Earlier one had only Spice Village (expensive) and Ambady for your food but now the whole lake road is dotted with restaurants; from exclusive French restaurants to Gujarati Dhabba. New construction is also going on. Since there were no rains the mosquito menace was a bit irritating. As per the Kumali residents, it is perhaps due to their prayers that the rain is sparse this time. They still fear the Mullaperiyar dam and doesn’t want the dam to fill up! I am sure the ones across the border are now praying hard for rains. They better solve this issue fast so that the rain Gods can do their job :)

I also visited my school at Kuttikanam this time. To the embarrassment of our children I was found running around clicking photos. I asked them to wait until they reached my age! My favourite Peerumade is also changing with new projects coming up. I hear that even Amritha has plans to develop something. Wonder what? Hopefully nature shall be preserved?
Posted by Happy Kitten at 12:19 PM